I couldn’t believe it.  Here we were in the middle of the Ten Thousand Islands using a route very few people use and we run into another Watertriber.  Stripbuilder had started on the outside like us and after fighting the winds, decided to attempt getting to CP2 on the inside.  He made that decision without the benefit of a chart, with a route marked on it like mine.  Talk about guts.  I think he was just as glad to see us as we were to see him.  I mean if we were going to end up lost, at least it would be a little easier to handle having company.  Getting lost in a bunch of mangroves, in the middle of the night, a long way from civilization, can be a little unsettling.  Having another human to talk to and help in the problem solving helps keep the panic in check.  If I lived closer to the Ten Thousand Islands, I think I would have a training evolution that consisted of someone taking me while I am blind folded and dropping me and my kayak off at undisclosed location.  All I would have is a chart, compass, and my camping gear.  Essentially, I would be lost and my goal would be to find my way back to the pickup point.  The more you practice being lost, the more confident you become that you can get yourself out of it.

Everytime I have paddled alone through the Ten Thousand Islands and the Everglades I have found it to be quite a spiritual experience.  For whatever reason, I feel very close to God during those times and am just taken back by the beauty of the place.  Lots of time to reflect on things… How I am living my life?  Who I am as a person.  Now all those feelings and thoughts happen during the daytime.  Night in the Ten Thousand Islands and the Everglades is a whole other world.  First, the place is dark, and I mean real dark.  If you don’t have much of a moon it can be so dark you cannot make out the horizon, shapes and objects.  You better have a good head lamp or bow light if you don’t want to run into something or feel like you are paddling in a black abyss.  Second, there are not a lot of good objects you can take navigation bearings off of.  One clump of mangroves looks just like another clump of mangroves so you hope you can see the stars.  You also have problems getting an idea of distance.  Basically, your spacial awareness and situational awareness goes to pot.  Third, there is not a lot of places you can stop and just wait until the morning.  Lots of mangroves, but not a lot of solid ground that is accessible, so you are confined to your boat.  I know one Watertriber who, after seeing too many green flying monkies, (basically so tired he is hallucinating!) drove his bow into the mangroves and then weaved his arms and paddle into them to keep him from flipping while he slept.  Worked for him but probably not for most.  Especially with all the talk of pythons.  Who wants to wake up thinking that the squeeze feeling they are experiencing is not a hug from someone, but a big ol’ snake!

So, it was great to have another boat with us and the other great thing was that we had a full moon with no overcast clouds.  No clouds means I can see stars and stars mean I now have some navigation references.  As we started paddling through the mangroves, I was still worried about the outgoing tide and concerned that we would have enough water to make it to CP2.  It would really stink to be stuck on a mud bank at night waiting for a tide shift.  Just ring the dinner bell for the mosquitoes.  Shoot, they would have a smorgasbord to choose from.  Hmmm, Riverslayer didn’t taste too good, let’s try Whale!  Oh, and then there is Stripbuilder for dessert.  The first hour was a little stressful but with time I started to get more confidence in the route itself and my ability to navigate it.  There were only two areas where the water got real skinny so it seemed like we had hit the top part of an outgoing tide versus the bottom part.  It was a great feeling to start seeing the light from the airport beacon at Everglades City flash across the night sky.  With each stroke it got closer and closer and we knew we were closer to being at CP2.

Getting to CP2 is an event in itself.  Everytime I have come into this checkpoint I have to force the thought out of my mind that the airport is the finish.  When I am coming into this checkpoint I am usually very tired after a long day and I want the day to be done.  The airport is the first sign of civilization and usually the bar next to the airport is rocking so there is music, laughter and the smell of food in the air.  The problem is that the check point is another 2.5 miles south at the island of Chokoloskee.  The other problem with this checkpoint is that it has a big mud flat in front of it.  You come in at a low tide and you have about 200 yards of mud crawling to get to the lockbox with the check-in sheet.  Oh, by the way, you not only have to get  your body through the mud, but you also have to get your boat through it.  It is nasty and good luck if you try to walk in it.  We got lucky.  Since we were arriving at the top half of the out going tide the mud flat was not that large.  We had arrived at CP2 !!!

As I looked at the checkin sheet in the lock box I noticed that Jungle Jim had made it too but Salty Frog had not.  Then I saw Jungle Jim’s kayak.  That shocked me!  As I had indicated before, both these guys are very fast and they had left CP1 eight hours earlier than us.  I was able to get a little cell service and called Lisa.  It was good to hear her voice.  I always feel better after talking to her.  She either makes me laugh, helps me see that something is not as bad as I think, and/or re-charges my confidence that I will be successful.  She indicated that Jungle Jim was still at CP2 and had a hotel room, a fresh cooked hamburger, a cold coke, and fries for me.  Man did that sound good and my mouth was watering. 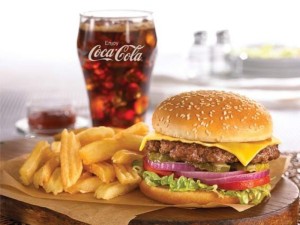 A cold coke– ahhhhhhhhhh.   But there was a problem.  What would I tell my two new paddling partners who were setting their tents up next to the road and getting ready to cook some dehydrated meals?  “Hey guys, sorry the bugs are biting but I am going to go get a nice hot shower, bunk in an air conditioned hotel room, and have a great meal.  Sucks to be you!”  Nope, just couldn’t do that.  I found some flat ground somewhat off the road, fixed a dehydrated meal and got that meal in Jim’s room out of my head.  Now that meal didn’t go to waste.  Salty Fog came in a little later than us and Jungle Jim gave it to him.  All things work out in the end.